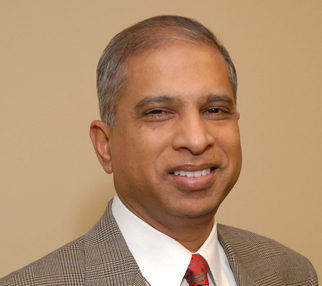 Dr. Solsi is the President and Founder of Premier Cardiovascular Center (PCC). The company was founded in December 2009 and began operating in January 2010. He has been practicing in the valley for past 19 years.

Prior practice includes service at Arizona Heart Institute – East Valley in Mesa, Sacaton, Phoenix, Chandler and Casa Grande from 1997 to 2009 as an invasive cardiologist.

Dr. Solsi is Board certified in Cardiovascular Medicine and Internal Medicine. He completed his Cardiology fellowship at Brooklyn Hospital Medical Center at New York University in New York (1997).

He received his medical degree from Mysore Medical College in Mysore, India and he completed his internal medicine residency at Brooklyn Hospital Medical Center where he was chief resident during his final year.

Dr. Solsi is Board certified and licensed in Nuclear Medicine and has certification to read CT Angiography.

He is a member and fellow of the American College of Cardiology and has published several articles on various cardiovascular topics. Currently, he provides services at Chandler, Maricopa, and Casa Grande.